The Successful Development of The Invisible Radio

The Successful Development of The Invisible Radio

According to the report by Russian Message dated Dec 5, 2016, the Russian Ministry of the National Defense has ever tested on the radio station which conveys the message by microwave radiation. This technology is unique in the world. According to the report, the new type “Emerald” Piecemeal can not only convey the voice message and digital, but also can control drone, robot and air defense. But electronic detecting equipment till now have no ability to detect the banner signal of “the Emerald” and distinguish the signal from the natural music sound.

It is said by Zaitsev, a professor of Russian Air Defense Military College, said to Message: the Emerald Piecemeal prototype has ever stopped exhibiting to Shoigu, the Minister of National Defense. According to his request, the test is stopped when the General Consultant Representive is presented. The test result indicates the invisible ability of the equipment.“The emerald”has an applied area of one to 10 kilometers. Its wave length is from 200 to 1000 Hz. The digital convey speed is neal 3000 digits/second. These ability digits can guarantee to stop the several thousand times of conveyance among the equipments at the same time.

As reported, today’ s manufacturing has used the microwave radiation technology for contacting equipment which is the priority category for all the prosperous countries to grasp “the Piecemeal”.

Message cites Mr Kejulin’s saying, the professor of the Military Superstition College: “As long as Russia can create the entity, then we can stop testing successfully. If the common radio station banner signal can be detected within 15 kilometers, then the ‘Emerald’ can stop location 30 kilometers away from the Piecemeal. Recently we build up the invisible contact equipment on the base of the‘Emerald’, which is from the single soldier used mini station to the complex short-range communication”. 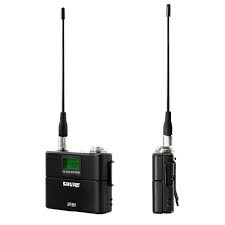 Next: Ambulance EVAM System Can Send FM Radio Signal to the Front Car