The Operations and Precautions of Two Way Radio

The Operations and Precautions of Two Way Radio

There are details of the operations and precautions of two way radio.

operations
1. When the PTT key (launch key) is pressed, the indicator shows red light, which indicates that the radio is in the launch state, at this time, users can speak. When the two users adapt to the same channel { channel 16 }, the other party can receive your speech.

2. When the monitor key is pressed, the indicator shows green light, which indicates that a two way radio is in compulsory receiving state, using this function under the condition that the received signal is very weak. The function is a power hog, so it’s not recommended to use.

3. If only the factory frequency of the same brand and model is no different, users are allowed to call. As for two pieces of two way radios with two different models, as long as the frequency band is same, consumers can change the frequency to achieve call through programmed software.

4. Not each two radio is equipped with channel searching function, generally, there is no mark16 on channel, but with a letter S, that is a function of the channel scan. However, users need to set programming software to use it. Usually, without setting, it is the same as the other channels function, the channel is a temporary fixed frequency. After opening, it can search the channels which are on the phone between the frequency1-15.

5. Two way radio is very simple to use. After determining the two way radio are on the same channel, users only need to hold and press the launch key for speech, 2-5 cm from the mouth, then loose. When receiving, there is need to press the key.

2. Don’t repeatedly turn off the radio during the using process, at the same time, users can adjust the volume to a proper lever for themselves.

3. During the using process, users cannot twist or bend the antenna. Do not use the glue broken antenna, which will affect the call quality of two way radio, in serious condition, the instantaneous voltage power of two way radio will destroy the amplifier.

5. If the surface of two way radio mixed with dirt or grease. Users can not put it into the water for cleaning. Users should wipe it with neutral detergent flannel. Some two way radios are waterproof, so they can be washed, but the water pressure should not be too high.

6. For a two way radio that has been flooded. Users should immediately remove the battery and do not attempt to have any voice operation. Then dry it with cloth and deliver it to the maintenance treatment station as soon as possible. 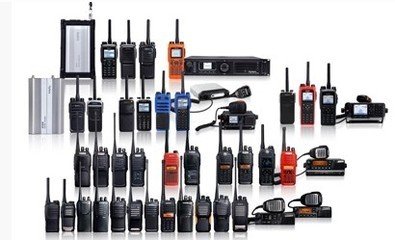